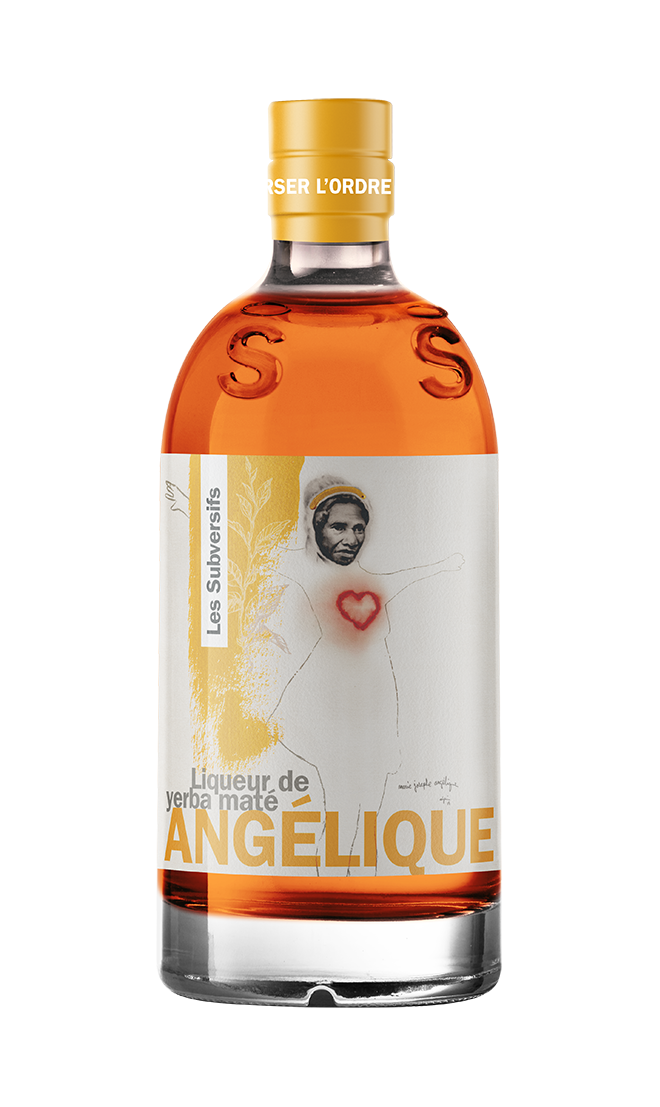 Made from natural ingredients, Angélique boasts all the benefits of tea with a slightly rebellious side. Made from angelica root, Labrador tea and yerba maté, it awakens the taste buds as well as the mind. It is delicious as-is, is a great cocktail enhancer, and better yet, add a little water and lemon for instant alcoholic tea. 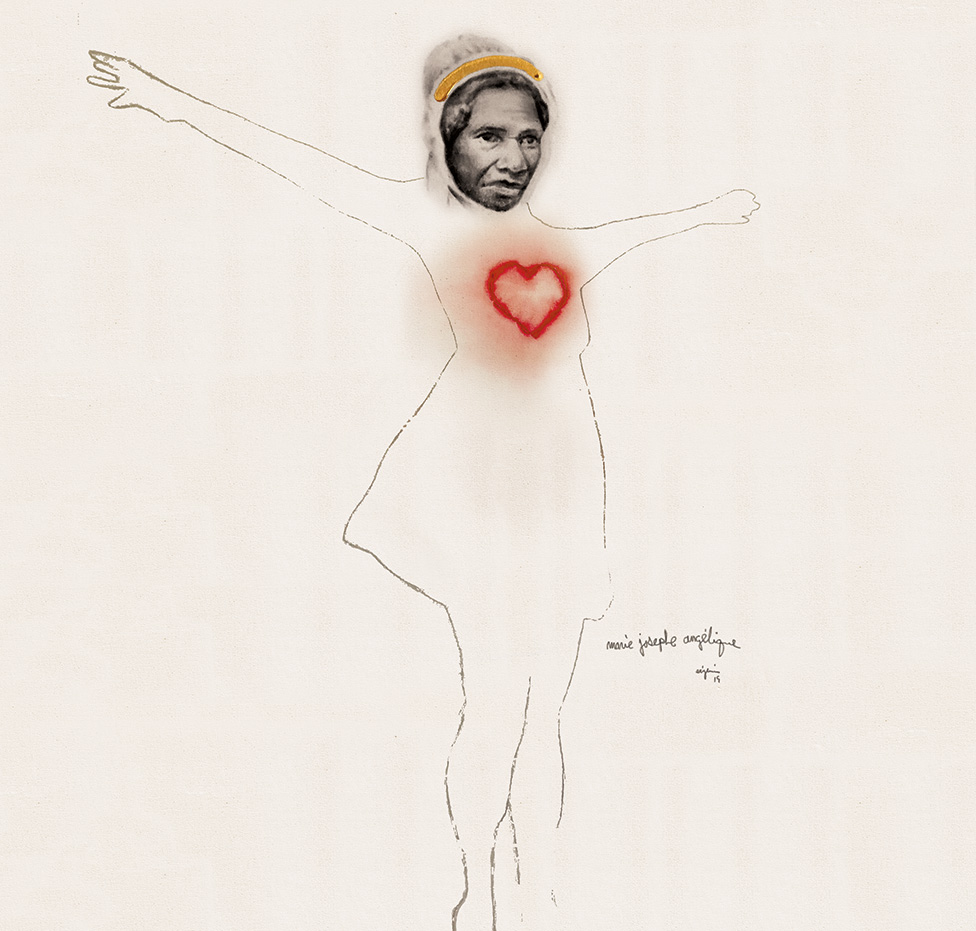 Born to a black father in 1705 in Madeira, a colony renowned for its slave trade at the time, Marie-Josèphe Angélique was sold and taken to New England where she lived until 1725, when she was sold again, this time to a wealthy Montréal businessman. She gave birth to three children in 1731 and 1732 who all died during the first six months of life because of horrible negligence by her owners. She tried to escape to New England with a friend however they were quickly caught and returned to Montréal. While she was planning her second escape her owners’ home caught fire and strong winds spread the flames through a large section of Old Montréal. Due to false rumours and her known attempts to escape, she was relentlessly accused and even tortured. She maintained her innocence until the very end, when she asked to be hanged to be put out of her misery. The story of Marie-Josèphe Angélique is a tragedy that marks a dark period in Quebec’s history. We make it our duty to honour her, so we never forget.